Arts & Culture
About Town
The community of Unalaska is a busy place to live. Our community calendar is full of events and activities. About Town is your source for coverage of community events and sports. KUCB staff writes many of the stories, but we also accept contributions from community members for this section of our website. If you'd like to submit a story to About Town, send it to info@kucb.org.

Dan Magone has spent over four decades working in emergency ship repair and marine salvage in western Alaska. His work took him all over the region and into extreme situations doing dangerous work. During his career, Magone directed the successful salvage or wreck removal of 79 vessels and he was awarded Public Service Commendations by the United States Coast Guard.

Over the summer Magone published an episodic memoire entitled "Udaagamax Port of Refuge." The book records some of Magone's breathtaking experiences at sea and the high adventure and discouraging setbacks that accompanied it. 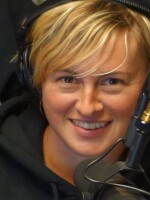