Travelers urged to stay off the Kuskokwim River for now

Bethel Search and Rescue (BSAR) is recommending no main river travel, including by snowmachine, on the Kuskokwim River at this time.

BSAR recently released their Kuskokwim River Aerial Survey Report. For the past several years, BSAR has conducted aerial freeze up surveys of the Kuskokwim River on Nov. 18. Flying the same day each year allows a comparison from previous years. The lack of cold weather and early snowfall has slowed the freezing process on the Kuskokwim River and its tributaries.

In 2021, with a record cold November, there were well-established snowmachine trails to nearby villages and even a limited amount of truck traffic on the river by this date. Leary said that this year is very different.

“We're way behind last year; there hasn't been enough cold weather,” Leary said. “We had too much snow too early, covering the ice and in the grassy areas.”

He also urged folks to travel safely. “Even the back trails are marginal. We had to go out yesterday on a search and there's still a lot of water under the grass. Under the snow in the grass, you have to be careful. Last week we lost one traveler on the back trail who took the wrong trail at night. And he ended up getting wet, and he didn't make it through the night,” Leary said.

BSAR will provide updates on when and where it is safe to travel as winter goes on. Leary said that with a little time and a stretch of cold weather, conditions are expected to improve. 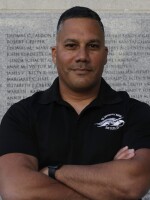